Marijuana Stocks — What Are You Waiting For?

It’s possible that marijuana stocks could start to see a pick-up in trading. The reason for this is the possible passing of a new defense bill. What makes this legislation so important is it has a cannabis banking measure attached to it. So as history has shown and progressive news on federal reform created an influx in trading for marijuana stocks. Now at the moment, a big push for ending cannabis prohibition is here. Yet the issue is now each political party is working to pass their version.

This alone has played a part in the recent decline in the sector. However with the defense bill soon to be voted on by the Senate the cannabis stocks may soon see another strong recovery. At the start of November, a good amount of positive news surfaced in regards to the reform.

As well as companies releasing their recent financial earnings. Which for most cannabis companies yielded good earnings. This helped the sector to see some consistent upward trading in the first 2 weeks of the month. Once more news came out about more hold-ups with ending cannabis prohibition the marijuana stocks fell once more.

Marijuana Stocks And A New Week Of Trading

Nevertheless with a new week soon to start there is still time to find top cannabis stocks to buy. With how low the sector is many are getting prepared by adding as many new cannabis stocks to their portfolio. The anticipation is once the reform passes a run will initiate even though this possible run is not set in stone. Still, you don’t want to invest blindly so the best way to not do that is by conducting due diligence. The more you know about the sector and the company the better chance you have at making a good return. Down below are some cannabis stocks to watch in December that may soon rise.

Top Marijuana Stocks To Watch In 2021

Green Thumb Industries Inc. manufactures, distributes, and sells various cannabis products for medical and adult-use in the United States. It offers cannabis flower; and processed and packaged products. Back on November 11th, the company released its Q3 2021 earnings report. At the time the company’s revenue increased 5.3% sequentially and 48.7% year-over-year to $233.7 million.

“Green Thumb is laying tracks for strong growth in 2022, 2023 and beyond. Our net capital expenditures exceeded $70 million in the third quarter bringing year-to-date net capex to over $115 million. Today, the U.S. cannabis market is a $24 billion industry and we believe as new states, new products and new consumers come into the market, it can triple over the next decade,” concluded Kovler.

This company is expected to generate approximately $12 million in sales with gross margins of 60% in 2021. The acquisition is expected to be immediately accretive to Greenlane’s revenue and earnings. Total consideration for the acquisition will be up to $20 million. This was comprised of both cash and stock, depending on the achievement of certain performance-based earnouts.

“We are thrilled to complete yet another acquisition of a high-margin, fast-growing, and innovative ancillary brand that significantly enhances our proprietary brands portfolio,” said Nick Kovacevich, CEO of Greenlane.

Planet 13 Holdings Inc. a cannabis company, cultivates, produces, distributes, and markets cannabis and cannabis-infused and related products for medical and retail cannabis markets in Nevada, the United States. The company has recently released its third-quarter financial results. During this time revenue was $33.0 million as compared to $22.8 million, an increase of 45%. As well the company gross profit before biological adjustments was $17.6 million.

Which is in comparison to $13.0 million or 56.9%. Planet 13 Operating expenses, excluding non-cash compensation expense and depreciation and amortization, were $15.1 million. Again this compared to $7.2 million, an increase of 110%. Yet another highlight is the company’s Adjusted EBITDA of $3.6 million. This is in contrast to Adjusted EBITDA of $6.4 million.

“We continued to drive strong performance during the quarter from our core Las Vegas operations,” said Larry Scheffler, Co-CEO of Planet 13. “Along with our dispensary operations, our product brands are performing well with Trendi vapes seeing 110% dollar sales growth year over year according to Headset. It now makes up about ~5% of Vape sales and 7% of Concentrate sales and HaHa edibles was ~14% of edibles sales in the State.”

Best US Marijuana Stocks To Buy Right Now? 2 To Add To Your List According To Analysts 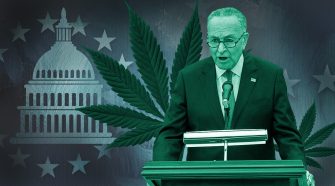 Chuck Schumer And A Top House Legislator Work To End Cannabis Prohibition This past week during a press conference Senate Majority Leader Chuck Schumer announced he will be filling his cannabis reform bill. Schumer’s bill has been long anticipated and he is planning on having his bill filed sometime in April. If successful Schumer’s bill … 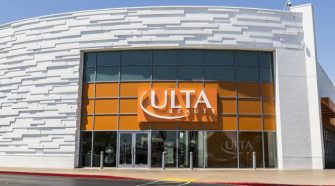 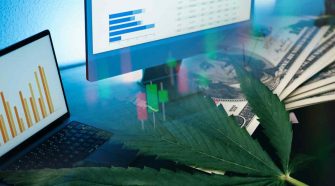 Top Marijuana Stocks For 2022 Watchlist Marijuana stocks are still seeing a major pullback however this could possibly change in the near future. The unknown and fear of what may or may not happen are plaguing investors. Yes at the moment it’s an opportune time to find the best marijuana stocks to buy. Yet there … 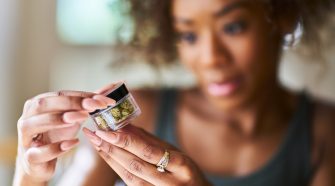 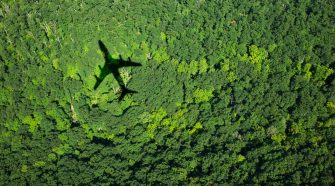 This story originally appeared on Benzinga Cannabis dispensary at an airport? Could this be true?  Thomas Jackson | Getty Images Apparently, it could happen sooner rather than later. Where? Canada, of course, and most likely at the Prince George Airport (IATA: YXS) (ICAO: CYXS), which serves Prince George, British Columbia and the surrounding areas. The airport seeks to become the first in the … 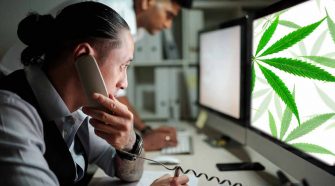