There have been several studies conducted of many counties and cities in the United States supporting its many public health benefits. Many are worried that legalization of marijuana is going to result in spike in youth use, violent crime, mental health illnesses, and so much more. But the data we have shows that legalization can actually prevent this.

A 2021 paper by the National Bureau of Economic Research written by economists Daniel I. Rees and D. Mark Anderson highlighted surprising more reasons why legalization can benefit public health.

The War on Drugs has done nothing to cut down on violent crime. It has, in fact, fueled illicit black market activity and the criminals behind them, increasing crime. The paper states that where legal dispensaries have been established, the authors saw a 19% decrease in overall crime.

Researchers at the US Department of Agriculture’s Economic Research Service and Appalachian State University also state in an older paper that: “Our results indicate that medical marijuana laws result in significant reductions in both violent and property crime rates.” Meanwhile, a 2019 paper by Regional Science and Urban Economics states: “The results imply that an additional dispensary in a neighborhood leads to a reduction of 17 crimes per month per 10,000 residents, which corresponds to roughly a 19 percent decline relative to the average crime rate over the same period…”

There are many possible reasons behind this. One is that legal recreational marijuana provides greater access for adults who then no longer have to go to dealers at the black market, so the underground market no longer thrives as much in the area. Another is that the police would have less reasons to arrest individuals, saving police resources. In addition, many may turn to marijuana as a substitute for more harmful substances which actually cause an uptick in violent crime: these include alcohol, amphetamines, and cocaine.

After all, marijuana is a drug that is know for inducing euphoric and relaxing states, reducing the chances of individuals engaging in dangerous or violent behavior.

Tobacco use is a widespread killer, responsible for the deaths of over 8 million people annually. Meanwhile, alcohol kills around 225 people a day in the United States alone. You know the system is broken when tobacco and alcohol are still legal yet continue to kill people because of its availability while marijuana is still federally illegal.

Despite this, thousands in the United States still struggle with a tobacco addiction. But marijuana may help with that. The paper states that legalizing recreational marijuana is linked with a 5% and 13% reduction in alcohol and tobacco related deaths respectively.

This benefits the youth too.

According to research by the University of Washington together with the Oregon Health Authority Public Health Division and Multnomah County Health Department, state decriminalization of recreational marijuana use corresponds to decreases in youth alcohol consumption. Marijuana is NOT a gateway drug: that’s just what prohibitionists want you to think. It’s a way out of legal killers such as these substances. Cannabis is actually successfully used as a mitigation tool so that people can manage their addictions to alcohol and tobacco.

RELATED: Marijuana Legalization Has a Surprising Effect On Crime

When marijuana is legalized, more people substitute it for alcohol. The paper mentions studies that legal recreational marijuana has been linked to a 5% decline in alcohol demand, as well as a 20% reduction in binge drinking among college students.

In addition, medical marijuana laws have been associated with a 13 to 15% drop in alcohol related traffic fatalities. The paper authors, together with Benjamin Hansen, have also indicated in a paper released by The University of Chicago Press Journals that there is an 8-11% reduction in traffic fatalities just within the first year of marijuana being legalized in states. The authors mention that when marijuana is legalized, it also results in a decrease in both alcohol consumption and the price of cannabis, which further cements the theory that both substances act as substitutes. However, they do emphasize that driving under the influence of marijuana is not much safer than driving while drunk.

Even if there is data backing up how beneficial marijuana is for public health, it’s still illegal federally.

We can only hope that federal legalization isn’t just a pipe dream. This would do tremendous wonders for people and society as a whole, though the banking industry still has to overcome numerous challenges. One of the biggest hurdles faced by the industry is lack of access to traditional banking, without which, federal legalization would be nearly impossible.

State and local governments can benefit too: cannabis taxes could generate billions, which doesn’t even count extra revenues from taxes obtained from the marijuana industry. Several states, such as Washington and Colorado, have already generated millions in taxes which are being used for public investments including education, health care, and infrastructure.

Prohibition has done nothing good: it has closed the doors to billions of dollars in revenues, harmed people, encouraged racist policies. It’s high time we legalize marijuana federally today. 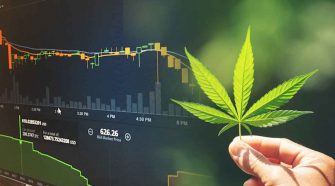 3 Marijuana Stocks To Watch Mid June Marijuana stocks continue their up and down volatile pattern. Still with this current sea-saw effect it game of buying and quick selling. When there is some pullback in the sector it is a chance to find top marijuana stocks to buy. Then on any upswing that may occur …

InvestorPlace – Stock Market News, Stock Advice & Trading Tips Hudozhnica_Ananas / Shutterstock – InvestorPlace The path to marijuana legalization hasn’t been easy. However, over the past few years, as more states legalize either medical or recreational marijuana, things have started to heat up. This has led to more legitimate investment opportunities in marijuana stocks. … 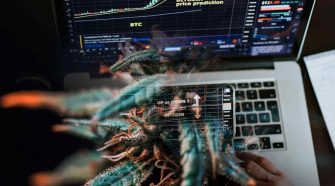 Marijuana Stocks To Watch After All The New Year’s Celebrations Today makes the last time marijuana stock investors will trade in 2021. This past year has been filled with both its pros and cons. Yet overall more progress was made in the cannabis industry. Now 2021 may have not been the best moment for marijuana … 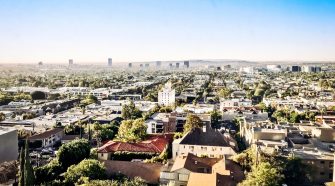 Opinions expressed by Entrepreneur contributors are their own. West Hollywood has always pushed the boundaries of fun. From the speakeasies during Prohibition to the rock clubs of the 1960s, the Sunset Strip, not to mention being a magnet for excess and debauchery, especially during Pride week and Halloween — it’s where you go to party … 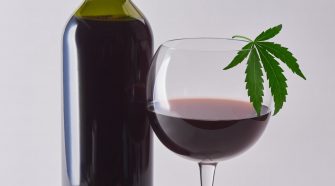 Opinions expressed by Entrepreneur contributors are their own. The diversity of cannabis products continues to multiply as more entrepreneurs enter the industry, bringing their own unique products. One area that has exploded in popularity is cannabis beverages, which experts project will reach $8 billion by 2027. Among the beverages you can expect to fill up … 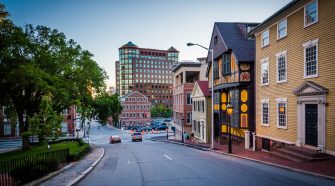