Will There Be a German Cannabis Tech Boom Next?

Are you looking for top marijuana stocks to invest in for 2022? As the market volatility continues this year one area that could have significant momentum as the year progresses is marijuana stocks. Since February 2021 the cannabis sector has experienced a downtrend that has left most top cannabis stocks trading near new lows in the first quarter of 2022. For active traders, market volatility makes it easier to take advantage of price swings in the market.

In March many leading cannabis companies are scheduled to release earnings that could show strong revenue growth in 2021. In addition, new attempts in Congress to pass federal cannabis reform in 2022 are already underway. Although many cannabis investors believe we may not establish reform this year the possibility of it happening could cause some upside in the market.

In general, some active traders use day trading and swing trading techniques to trade pot stocks. This allows them to take advantage of the price swings in a volatile market. Learning how to identify favorable chart patterns and positioning yourself in the best opportunity to see gains can help make you a successful trader.

Best Cannabis Penny Stocks For Your List For Next Month

AWH is a vertically integrated company with operations in Illinois, Michigan, Ohio, Massachusetts, and New Jersey. The core business of AWH is owning and running growing facilities that produce award-winning strains and a carefully selected line of products. In general, the company manufactures and sells Ozone-branded goods. The company’s cannabis product categories include flowers, pre-rolls, concentrates, vapes, edibles, and other cannabis-related items. AWH sells to licensed cannabis merchants and has 17 retail locations. In October, Ascend will extend its vertically integrated footprint in Ohio. In November, the business announced the launch of a dispensary in Newton, Massachusetts. AWH announced the completion of its acquisition of Ohio Cannabis Clinic in December, giving them a second dispensary in the state.

In the third quarter of 2021, AWH generated net sales of $94.4 million, up 13.2 percent over the previous quarter. For the quarter, the company’s Adjusted EBITDA was $23.5 million, up 15.9% over the prior quarter. The $105 million in total revenue was up 131.4 percent over the prior year. At the conclusion of the third quarter, the company had $204.5 million in cash and cash equivalents. AWH has also introduced Lowell Smokes pre-rolls from Lowell Farms Inc. (OTC: LOWLF) to the Massachusetts market. AWH said on January 6th that MedMen Enterprises Inc. (OTC: MMNFF) had breached its investment agreement and was continuing to fight the jurisdiction of New York authorities. On March 8th AWH will release its Q4 and full-year 2021 earnings after the market close.

Columbia Care Inc. is set to expand dramatically in New York. The company just purchased a 34-acre growing facility on Long Island, giving it one of the East Coast’s largest cannabis footprints. Columbia Care presently has 130 sites, including 99 dispensaries and 31 growing and processing facilities, spread throughout 18 US cities. The company opened its first Missouri location, a Cannabis Dispensary, in October. In Virginia, the company announced the establishment of its third gLeaf dispensary. Heavyweight champion Mike Tyson’s highly anticipated Tyson 2.0 Cannabis brand will also be arriving to Colorado, according to Columbia Care. The company announced a rebranding in the Florida market and at its retail sites on December 8th. In February the company opened its first location in the West Virginia market.

In the third quarter of 2021, Columbia Care announced record quarterly revenues of $132 million, up 144 percent year over year. The company recorded a $64.5 million quarterly Adjusted Gross Profit, up 205 percent from the prior quarter. Furthermore, the company reached a new high with a 49 percent Adjusted gross margin and $31 million Adjusted EBITDA, up 634 percent year over year. Revenue estimates for 2021 have been increased to $470-$485 million, with adjusted EBITDA expected to be $85-$95 million. In September, the company received state approval to rename all 14 of its retail locations in Florida. After the market closes on March 15th, the business will release its Q4 and full-year 2022 financials.

On the Las Vegas strip, Planet 13 is known for its 112,000-square-foot Superstore dispensary. In addition, the Planet 13 superstore in Orange County,  is now California’s largest dispensary complex. The company is established in Nevada, and its cultivation, production, and dispensary activities on the Las Vegas strip have won honors. Planet 13’s two superstore dispensaries are now considered to be the world’s largest. The Medezin shop has also opened, which is a smaller version of the company’s main store that combines the larger retail facility with a small dispensary.

Previous Top Marijuana Stocks To Watch Before Earnings In March

Next 2 Marijuana Stocks For Your 2022 Investment Portfolio

Top Marijuana Stocks To Buy In 2022? 2 To Watch Right Now 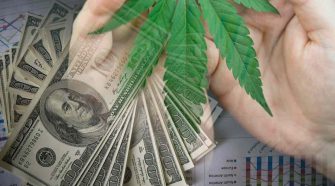 Top Cannabis Stocks To Watch For Short Term Positions Are you looking for ways to invest in top marijuana stocks for 2022? To start this year’s trading cannabis stocks set new lows in the market before beginning to climb in February after another attempt to attach the SAFE Banking Act to another bill in the … 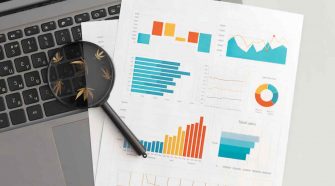 Looking For Long Term Marijuana Stocks To Buy? 2 Cannabis REITs For Your 2022 Watchlist

Best Cannabis Stocks For Long Term Investors Are you looking for the best marijuana stocks to invest in for 2022? In 2021 one area of the cannabis sector performed much better than the rest of the top cannabis stocks. In general cannabis REITs held onto their value last year while most of the other pot … 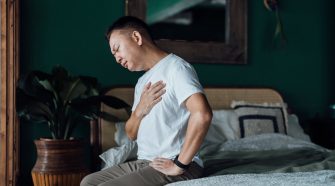 Opinions expressed by Entrepreneur contributors are their own. How do you spell relief? For some, the answer may be C-B-D. Everyone experiences heartburn or acid reflux from time to time, especially after a meal heavy with spicy foods. But about 20 percent of the population suffers from a more chronic condition called GERD, or gastroesophageal … 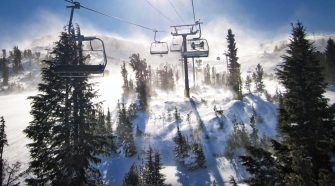 Opinions expressed by Entrepreneur contributors are their own. If the patchwork of cannabis laws across the United States seems confusing for those in the cannabis industry, it’s even more perplexing for consumers who aren’t paying as much attention.  A recent case at a California ski resort illustrates the complexity of this issue.  China Peak Mountain … 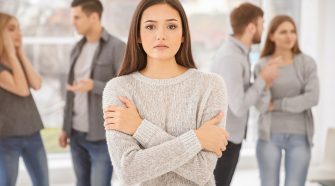 Can CBD Help With Social Anxiety?

Being an introvert is different from having social anxiety. Shutterstock Whereas its normal for introverts to feel drained from social interactions, social anxiety is actually a type of mental illness that causes a person to experience fear during social situations. Also known as social phobia, people who suffer from this condition experience severe dread and fear whenever they … 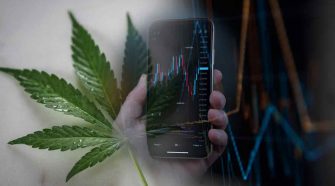