Are you looking for top marijuana stocks to buy in 2022? In February the cannabis sector has experienced some upside after reaching new lows in January. At the present time, many analysts and cannabis investors believe there is a disconnect from the cannabis sector’s market value to how leading cannabis companies are growing and performing. Since 2021 most of the best marijuana stocks to invest in have declined significantly as the year progressed.

In general, this is related to federal cannabis reform and the delays with ending prohibition in Congress. In February Schumer announced he would introduce his cannabis reform bill in April. Additionally, another attempt to get SAFE Banking passed in the House has commenced and become a catalyst for pot stocks in the market. In the US there are a few top-tier cannabis companies that continue to grow rapidly on the state level. Through mergers and acquisitions, these companies have expanded into new markets and continued expanding their presence in already established states.

In the next five years, the cannabis industry is forecast to more than double in size. By 2027 cannabis sales in North America are expected to reach $47.3 billion according to a recent Statista report. For new investors, it could be time to make a watchlist of the best marijuana stocks to buy in 2022. With the US cannabis companies becoming the largest revenue producers in 2021 these companies could become the leaders of the cannabis industry in the future.

Investing In Pot Stocks And Becoming A Better Investor

Before investing in top cannabis stocks, it’s important to do your research on these companies before starting a position.  Researching a company’s earnings and press releases can help you find the best-performing businesses. Additionally following how a pot stock moves in the market can help you establish the best entries for your investments.

Because many analysts are forecasting a volatile year in the market for 2022 marijuana stocks could experience substantial price fluctuations. One strategy many investors use with volatile stocks is making a tiered entry into a position. Instead of taking a full position, they tier their entry as the stock moves in the market. As we end a turbulent week caused by inflation concerns let’s look at 3 top US cannabis stocks for your watchlist for next week.

With a market share of roughly 46%, Trulieve Cannabis Corp. is a high-performing cannabis company with the greatest presence in Florida. The company inaugurated its 112th dispensary in the state on February 10th. Harvest Health & Recreation Inc. was purchased, and revenue is expected to exceed $1.2 billion by 2021. With 161 retail outlets, the company is presently the industry leader in the United States. In addition, the corporation has a cultivation and processing capacity of 3.5 million square feet.

Trulieve has secured a Georgia production license, letting the company extend its footprint in the Southeast cannabis market. In addition, the company opened its first dispensary in Massachusetts, paving the way for future growth. President Steve White, Vice President and General Counsel Nicole Stanton, Director of Investor Relations Christine Hersey, and Senior Director of Corporate Communications Rob Kremer are among the new hires for 2021.

On January 10th, Trulieve launched Live Diamonds, a hydrocarbon extraction product that is the first of its type in Florida. In November, Trulieve announced its third-quarter 2021 results, marking the company’s 15th consecutive profitable quarter. The company’s net revenues increased by 64% to $224.1 million over the previous year. As a result, Trulieve made a gross profit of $153.9 million, with a gross margin of 68.7%. The company’s adjusted EBITDA, which accounted for 43.7 percent of revenue, was $98 million.

In West Virginia, the company began its agricultural activities and opened its first dispensaries.TCNNF stock closed on February 10th at $25.96 up 18% in the last five trading days. Currently, the stock has a 52-week price range of $18.46-$53.73 and is down 21.17% in the last six months.

Green Thumb Industries Inc. is a major player in the American cannabis consumer packaged goods (CPG) business. The company now has 75 locations in 15 states, with one in New Jersey. GTI currently has 111 retail licenses and wants to expand. GTI established a Cookies on the Las Vegas Strip in 2021 as part of a one-of-a-kind arrangement with the privately held Cookies Brand. Green Thumb has announced its foray into the Virginia cannabis business after completing the acquisition of Dharma Pharmaceuticals. The company purchased Leafline Industries, gaining access to the Minnesota market.

In November, Green Thumb announced sales of $233.7 million for the third quarter of 2021, up 48.7% year over year. For the sixth quarter in a row, the company’s GAAP net income of $20.2 million, or $0.08 per diluted share, increased. Furthermore, adjusted operating EBITDA climbed to $81.2 million, representing 34.7 percent of total sales. At the conclusion of the third quarter, Green Thumb had $285.8 million in cash on hand. As the company’s goods became more widely available, foot traffic at Green Thumb’s 68 dispensaries surged, driving the company ahead.

[Read More] Top Marijuana Stocks To Invest In? 2 To Watch This Month

Ayr Wellness Inc. is a Florida-based cannabis enterprise with a huge footprint. In Florida, the company now operates 45 dispensaries, with a total of 62 locations around the country. Herbal Remedies Dispensaries, LLC was also purchased, giving the corporation access to the Illinois market. A temporary license to sell adult-use cannabis in Massachusetts dispensaries has been given to Ayr. In October, the Kynd premium flower was launched in Arizona. The company recently opened its sixth affiliated operating dispensary in Pennsylvania. In December, Ayr received approval to open its 86,000 square foot Arizona growing and manufacturing facility.

In November, Ayr announced profitability for the third quarter of 2021, with revenues of $96.2 million, up 111 percent year on year. Overall, the company’s adjusted EBITDA improved by 40% to $26 million year over year. Under US GAAP, Ayr reported an operating loss of $8.9 million, which includes a $34.9 million one-time charge and $8.9 million in non-operating adjustments. Furthermore, the company predicted a 10% sequential growth in Q4 2021, as well as a level Adjusted EBITDA from Q3 to Q4. Ayr’s Adjusted EBITDA forecast for 2022 has been reduced to $250-$300 million, while its sales objective of $800 million has remained maintained.

Previous Why Cannabis Brands Need to Due Their Due Diligence

Next Why Are SNDL, CGC, TLRY, ACB Stocks Are Getting High Today? 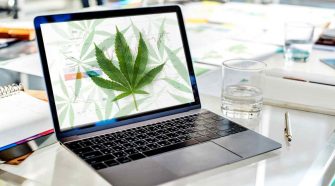 Are These Marijuana Stocks On Your Raday? Here’s Why They Should Be With the current pullback in trading right now is a good time to find top marijuana stocks to buy. Now before you do this let’s consider a few factors. For starters, you need to understand what’s happening inside of the market and what’s … 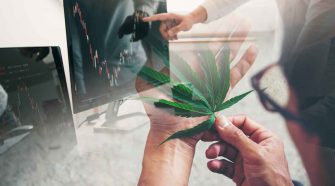 Best Cannabis Stocks to Buy in June 2022 The cannabis market is amid earnings as top marijuana stocks continue to trend towards the lower levels achieved in May. In the first quarter of 2022, this mixed bag of profits might start to show investors which cannabis companies are still performing well. Last week’s trading saw … 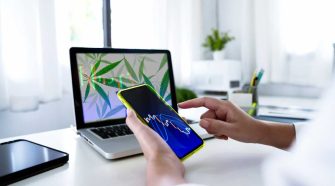 Top Marijuana Stocks To Watch Next Year In recent trading marijuana stocks have started to see more upward momentum. Even though some feel this may be short-lived others feel different. Right now in the sector, there have been days even weeks with volatile upswings. However not every investor has been able to take advantage of … 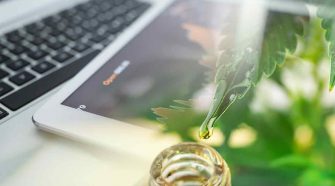 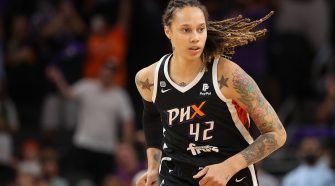 This story originally appeared on Benzinga Brittney Griner appeared in a Russian courtroom for the first time since she was arrested in February for allegedly carrying cannabis oil cartridges in her bag while entering an airport near Moscow. Christian Petersen | Getty Images Griner was led into court in handcuffs, an orange hoodie covered her lowered head and long dreadlocks spilled out … 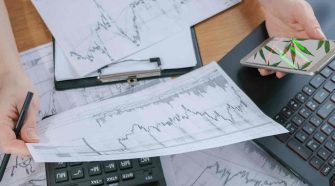