Top Cannabis Stocks To Invest In Before 2022

Are you looking for the best marijuana stocks to buy in 2021? In December some of the top cannabis stocks are trading near the lowest price points they have seen this year. This is mostly because the US government has continued to delay passing any federal cannabis reform through Congress. At the present time, the Senate is contemplating leaving SAFE Banking on the NDAA for a vote. This year many different federal cannabis reform bills have made their way through the House like the MORE Act, and SAFE Banking but continue to be stopped in the Senate.

One reason for this is Senate Majority Leader Chuck Schumer has his own bill the Cannabis Administration and Opportunity Act he would like to see it pass first.  Regardless the inability of Congress to act has severely impacted the cannabis sector. Right now, US MSOs have expanded significantly and show substantial revenue growth in their financials this year. Although federally the US is failing to get any legislation passed on the state level the cannabis industry is growing rapidly.

Many new states have set up medical and recreational markets in the past two years. Ultimately this has given top-tier MSOs a much larger market to grow in. According to a new Statista report, the legal US recreational cannabis sales are forecast to reach $42 billion by 2026. This is almost double the sales expected in 2021 and shows significant growth for the market. Currently investing in US cannabis stocks could be a good opportunity for investors to take advantage of one of the fastest-growing industries.

Finding The Best Investments In The Cannabis Industry

For investors, it’s important to always do your due diligence on a company before investing. Researching a company’s earnings and studying how a stock behaves in the market can help you achieve the best returns on your investments. Additionally learning how to use technical analysis and read stocks chart patterns can allow you to have greater success as a trader. In December as the top US cannabis stocks trade near their 52-week lows, many analysts are forecasting significant upside from these levels. Let’s look at 2 of the best US cannabis stocks to add to your watchlist in December.

Best US Marijuana Stocks To Watch In December 2021

Trulieve Cannabis Corp. is a top-performing cannabis company with approximately 46% of the current market share in Florida. After closing the acquisition of Harvest Health & Recreation Inc. the company now has a consensus 2021 revenue of over $1.2 billion. Currently, the company is a US industry leader with 157 retail dispensaries. In addition, the company has 3.5 million square feet of cultivation and processing capacity.  Trulieve received a production license approval in Georgia giving the company further presence in the Southeast cannabis market. Also important, the company opened its first dispensary in the state of Massachusetts adding another market for future expansion.

In November Trulieve delivered its third-quarter 2021 results showing its 15th consecutive profitable quarter. In general, the company’s net revenue increased to $224.1 million an increase of 64% year over year. As a result, Trulieve saw a gross profit of $153.9 million and a gross margin of 68.7%. The company produced an Adjusted EBITDA of $98 million or 43.7% of revenue. Additionally, the company began its first cultivation operations in West Virginia and opened its first dispensaries in the state.

Curaleaf Holdings, Inc. is a US multi-state operator that provides packaged cannabis products and operates 113 retail locations nationwide. Additionally, the company has also begun expanding with Curaleaf International advancing the accessibility of medical cannabis products in Germany through its wholly-owned subsidiary Adven GmbH. In general, the company has the popular brand Select as one of its leading brands in the US. In November Curaleaf expanded its presence in three states with the acquisition of Tryke Companies. This acquisition adds assets in Arizona, Nevada, and Utah.

In November Curaleaf reported its third-quarter 2021 results with revenue of $317 million up 74% year over year. To highlight, the company had an Adjusted EBITDA of $71 million an increase of 69% year over year. In addition, Curaleaf had Q3 2021 cash flow from operations of $52 million or 16% of revenue. As a result, gross profits in Q3 2021 on cannabis sales was $144 million up 61% year over year. The company also closed the acquisition of Los Suenos Farms bringing its current cultivation capacity to 4.4 million square miles.

[Read More] Best Marijuana Stocks To Buy? 2 To Watch On The Nasdaq

Previous Is Marijuana Powder the Wave of the Future? 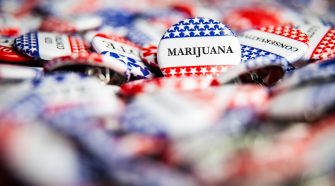 Opinions expressed by Entrepreneur contributors are their own. In a country seemingly defined by bitter partisan politics, cannabis seems to be the one issue that bridges the divide. Take Texas, for example. A new poll from the University of Texas at Tyler found that 83 percent of Texans support cannabis legalization for medical use, while … 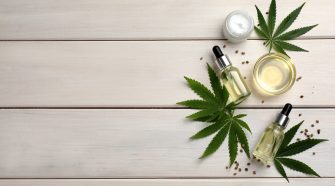 In this ongoing series, we are sharing advice, tips and insights from real entrepreneurs who are out there doing business battle on a daily basis. (Answers have been edited and condensed for clarity.)  Liudmila Chernetska | Getty Images Who are you and what’s your business? I am Jason Vegotsky, CEO and co-founder of Petalfast, which helps cannabis brands achieve rapid growth via … 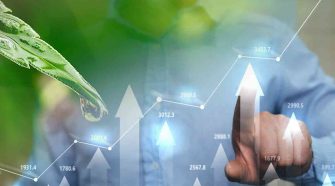 Top Marijuana Stocks To Watch This Month When it comes to marijuana stocks this week could be the start of better trading. Over the last several weeks many publicly traded cannabis companies have been reporting strong earnings. This has created further interest in finding the best marijuana stocks to buy. However, trading in May was … 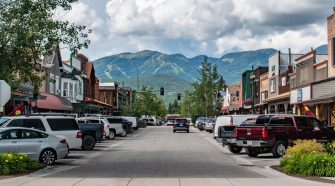 Opinions expressed by Entrepreneur contributors are their own. As a sign of the changing times, voters in conservative Montana approved recreational marijuana in November 2020. Now the state’s dispensaries are preparing for recreational cannabis sales expected to create a $325 million adult-use cannabis market in just three years. Sales started on January 1, 2022. But … 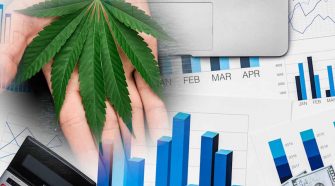 2 Marijuana Stocks To Watch In 2022 For Better Trading Right now marijuana stocks are still facing a fair amount of volatile trading. Now, this is not entirely a bad thing. Mainly due to when the sector sees some pull back, it’s a window to find the best marijuana stocks to buy. Back in 2021 … 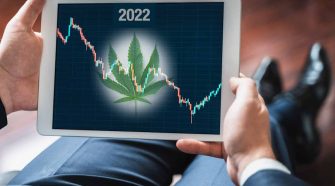