Courtesy of the pandemic, the need for adequate treatments for alcohol addiction has become pressing more than ever before. According to a major study published earlier this year, it was discovered that alcohol-related deaths increased during the pandemic. A total of 99,000 alcohol-related deaths were recorded in 2020 which when compared to the previous year, increased by 25%. This figure indicates that more non-senior adults died from alcohol than Covid in 2020.

Frankly, this public health situation isn’t new — alcohol consumption and addiction have seen an exponential increase in the U.S for many years now. Between 1999 and 2017, alcohol-related deaths increased by 100% a major reason life expectancy reduced during that period. Nonetheless, adequate treatments still prove tricky. But as it stands Ralph Gerber and several other scientists and therapists believe that psychedelic can work their magic in alcohol addiction.

From the latest report, approximately 15 million adults living in America battle with alcohol addiction. Many have tried but failed to find an effective therapeutic approach to solving their addiction. However, Gerber has always been raving about psychedelics and their emotional effects which helped him conquer his alcohol addiction. Now, for the very first time, an international multidisciplinary collaboration has revealed a similar mechanism behind the psychedelic treatment.

Spearheaded by a neurobiologist from the Central Institute of Mental Health, Marcus Meinhardt, the researchers discovered how psilocybin repairs the brain’s molecular circuits in alcohol addicts. Hence, helps to reduce relapses.

A lot of people addicted to cocaine, nicotine, and alcohol exhibit injury of mGluR2, a certain glutamate receptor. In simple terms, Meinhardt defines the mGluR2 as an antenna that receives brain signals. When these signals are not received or processed, humans begin to exhibit specific behavioral patterns like alcohol craving. However, with psilocybin, Meinhardt believes the reception can be repaired and functional again.

From the experiment, Meinhardt made use of a single dose of psilocybin on rodents which was sufficient to alter their behavior. If the experimental results can be reproduced in humans, it would prove to be a big breakthrough in addiction therapy. Considering a lot of adults take daily prescription pills, the use of psilocybin would be considered a great success.

However, there’s the need to carry out more research to determine the lasting effect of psilocybin and any side effects on the brain. In fact, there are so many questions still left unanswered which satisfactory answers must be given before psilocybin is legalized for medical use.

To provide answers to these questions, Meinhardt is looking forward to kicking off human trials in his next study. To provide all the tools and information Meinhardt needs, his university has been in collaboration with three others in Italy, France, and Switzerland since 2018. The focus has primarily been on discovering the prospect of psilocybin in alcohol addiction.

RELATED: New Report: Those Who Take Psilocybin Are Less Likely to Abuse Opioids

In the human trial, 60 alcoholic patients were gathered to study psilocybin’s effects on alcohol addiction. The study was kicked off by one of Meinhardt’s colleagues, a neuropsychologist from Zürich University, Katrin Preller. Even though the results are yet to be published, she affirmed that they were very promising. Before this trial on alcohol addicts, she had previously run similar trials on depressive patients which were very successful. She believes the result on alcohol addicts have similar results as they draw up to a close of the study.

However, she clearly admits that even with her experience in the field, there’s still much to learn about the effects of psychedelics on the brain. She went on to say that before one can conclude on effective therapy, there’s the need for bigger and more controlled research. But the reality is that it is very difficult to carry out such research in the last 3 decades. Besides, one of the issues with psychedelics is that patients can always tell if they got the real deal or placebos.

Meanwhile, distinguished universities like UCLA, Yale, and Johns Hopkins School of Medicine have confirmed initial signs of success that suggest the positive lasting changes of psychedelics.

According to Roland Griffiths in an interview with Scientific American, one of the incredible features of researching psychedelics is their potential transdiagnostic applicability. Griffiths has been involved with several psychedelic research that evaluated psilocybin for the treatment of depression, alcohol, and nicotine addiction. At John Hopkins, about two-thirds of the patients treated with psilocybin described the experience as a meaningful one.

Is legalization too soon or not?

At the moment, cities like Washington, D.C, Oakland, and Denver have legalized the use of psychedelics for medical use, and several states (California for instance), have announced to follow suit. Nonetheless, the drug stays illegal under federal statute. In Switzerland, doctors can also call for compassionate usage of psychedelics for addiction, post-traumatic stress, and depression.

Definitely, in times past, psilocybin and LSD were hailed as miracle cures especially when Timothy Leary, a Harvard psychologist inspired his followers to use psychedelics. Now, several old psychedelic gurus are restarting the research that took place in the 60s but with a focus on medicinal use rather than spirituality. With the establishment of MAPS, Rick Doblin has now discovered a huge passage for legalization with the research looking for arguments to change the laws.

While Meinhardt is well aware of both new and old research, he’s not willing to raise public expectations. Meinhardt believes that users and scientists working on psychedelics were too ecstatic back then which was why they went underground when LSD was made illegal in the 70s causing funding to stop. He went on to say that such mistakes must be learned from and researchers should focus on research and reach a solid conclusion before thinking about legalization.

After all, while the hype around psychedelics continues to increase, they are not without risks. Psychedelics are known to initiate psychosis, irregular heartbeat, and high blood pressure. As a result, much of the present research does not include patients with hypertension, schizophrenia, or heart issues. Besides, well-curated experimental repeatedly different from supervised use of psychedelics at festivals or parties.

Presently, more people are asking for psychedelic legalization especially as alcoholism becomes rampant, sending people to an early grave. Apart from that, the nonnonaddictiveture of psilocybin has also made it gain attention among American citizens. Now with psilocybin being linked with helping to treat alcohol addiction, its popularity and use can be said to continuously increase.

Next How One Town Wants to Cash In on Cannabis Tourism 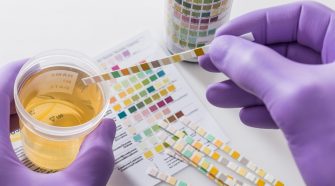 This story originally appeared on Benzinga Cannabis, which can be detected by urine screens for up to a month after consumption, has been legal for adults in Michigan since 2018 although drug testing for certain jobs persists…as do myriad methods to get around it. Shutterstock Fake urine is the main one and several Michigan lawmakers … 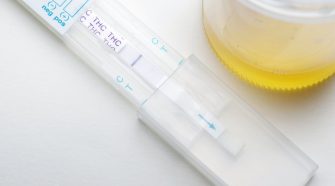 College athletes in marijuana-legal states are taking a collective sigh of relief after the largest university athletics organization on Saturday significantly increased its tolerance for THC use. Shutterstock The National Collegiate Athletic Association (NCAA), which regulates competition for nearly 1,300 U.S. universities and is worth over $1 billion annually, will raise the THC blood content … 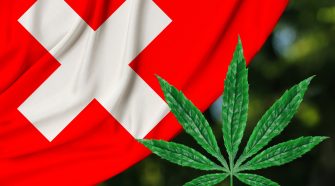 Medical Cannabis Is Now Legal In Switzerland. Is Recreational Weed Next?

Starting August 1, medical cannabis is legal in Switzerland. With the modification of the Swiss Narcotics Law, which changed the legal status of cannabis, patients can now obtain medical marijuana through a simple prescription from their doctor. Before medical cannabis was legalized patients had to apply to the Federal Office of Public Health. Shutterstock However, … 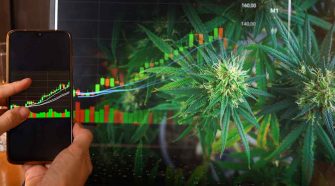 Best Cannabis Stocks To Buy After This Recovery? Do you intend to make a long-term investment by investing in the top marijuana stocks? Finding long-term investments with stability, in general, may be challenging given the market volatility associated with the best cannabis stocks to watch right now. In a speech he gave yesterday, President Biden … 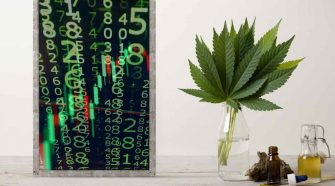