2 Marijuana Stocks To Watch To Start The Week

2 Marijuana Stocks To Watch During The 3rd Week Of August

One morning in the early 1900s, everyone in a political position woke up and was suddenly adamantly against pot. They worked hard to include cannabis and its derivatives into international drug control conventions, and eventually, cannabis was labeled a Schedule I narcotic. This is the same schedule as heroin.

These designations were based on personal decisions rather than scientific decisions. Rather than coming to any meaningful conclusion about weed, people in positions of power decided that they didn’t like it and no one should have it. Because the population trusted the people in power, the demonization of weed became widespread.

There are so many myths about cannabis that started from panic over, well, nothing. There was no research to suggest there was a reason to panic in the first place. That didn’t stop movies like Reefer Madness from being made, where weed is depicted as a drug for insane suicidal murdering rapists (we wish we were joking).

If you were under the impression that it’s possible to overdose on weed, we have great news. That bit of information, much like many of the other stigmatizing bits of information surrounding weed, is completely false.

RELATED: This Is What to Do If You Get Too High

What is an overdose?

Your brain and body are full of receptors that can capture certain substances and in some way be affected or stimulated by those substances. An overdose occurs when too much of a substance binds to brain receptors and leads the body to a fatal error. Substances change the way the body communicates with itself, including the communication of vital functions. It’s this impaired ability to support vital functions that can cause death.

Overdose isn’t always fatal. In some cases, like with opioids, overdose can be mostly resolved on the spot. Preparations like Naloxone nasal spray can be squirted into the nose of someone in the midst of an overdose. They quickly reach the brain, knocking the opioids off of the MU receptors and replacing them to prevent the excessive amounts of opioids present from re-binding themselves. When the receptors and opioids are no longer connected, the body can restore normal function.

Can you overdose on weed?

THC binds to the CB1 receptors in your brain. These receptors affect a lot of things, but they primarily impact the way you feel emotionally and perceive sensations. When too much THC binds to your CB1 receptors, you may feel anxious. Your vital functions are completely unaffected by this. Your heart will still beat and you will still breathe, although an anxious state may speed up both processes to an uncomfortable degree.

Humans have been using cannabis for thousands of years. There has yet to be a single recorded weed overdose. It’s not as though it’s difficult to determine an overdose. Close to a million people have died from a drug overdose in the past two decades.

Out of those nearly 1 million people, zero of them died from a cannabis overdose. There is a real overdose problem in the world that should absolutely be taken seriously. Pot just isn’t a part of it. Every day, over 130 people die from an opioid overdose. Both prescription opioids and illegally obtained opioids contribute to these figures.

RELATED: Why Do Edibles Make You So Darn High?

Having a bad experience with weed

Most people who believe they’re experiencing a weed overdose are just having a bad high. They used too much cannabis for their personal tolerance, encountered anxiety or panic while under the influence of cannabis, or experienced a combination of the two.

What these people experience shouldn’t be brushed off simply because they aren’t fatally overdosing. Someone having a bad high needs assistance, and if you’re that person or you’re with someone who is having a bad experience, it’s best to act immediately.

Freaking out won’t help any. Bad highs usually involve a heavy amount of anxiety, and adding more anxiety to an anxious situation has never fixed anything.

Someone who is having a bad high needs to be made comfortable and have their immediate needs met.

You can also serve them the equivalent of an antidote that will keep their bad high from escalating.

Give them a comfy environment

Removing lights, people, loud noises, and commotion is also very, very helpful. Overstimulating someone who is anxious won’t give them the room they need to breathe and talk themselves down. A dimly lit room without other people in it is the best environment, particularly if there’s a comfortable bed or couch in that room.

Someone having a bad high may prefer the company of someone they trust to talk them through the experience. They may also prefer familiarity. A movie lasts about 90 minutes. Putting on a lighthearted movie that the person knows word for word will lull them into a sense of predictable familiarity that can take the edge off of severe anxiety.

Give them some TLC

Someone having a bad high needs to go to the bathroom. They may want to wash up a little bit. They’re thirsty and probably a little hungry — especially if they haven’t eaten much that day. A brief bathroom trip is in order, along with a glass of water or another hydrating beverage. Something easy to eat with a decent balance of carbs, fat, protein, and glucose might help. You don’t have to go crazy. A peanut butter and jelly sandwich perfectly fits the bill, as does a bowl of cereal and milk.

Give them something to ease the high

CBD and THC both naturally occur in weed, but they play different roles. They’re a little bit like Tom and Jerry. THC wants to bind to your receptors, but CBD chases it off. A high dose of inhaled or sublingual CBD can make it more difficult for THC to bind to your receptors, helping to ease many of the negative symptoms associated with a bad high.

If you don’t have any CBD, you probably have black pepper. Black peppercorns are rich in beta-caryophyllene, a terpene that naturally occurs in cannabis that acts similarly to CBD. Chewing up a handful of black peppercorns isn’t delicious. It isn’t fun. But it’s even less delicious and fun than a bad high. In a pinch, black peppercorns can work wonders.

Being mindful of how much THC you’re ingesting can prevent a bad high. People who are new to weed should stick to very small amounts of less potent strains until they develop an understanding of the way THC affects them. Even people who are knowledgeable may occasionally exceed their limits.

You need to know what you’re using and how much of it you’re ingesting. Don’t take a hit off of a joint without asking what percent the strain is, and absolutely never eat an edible unless you can trust that its THC content is going to agree with you.

Edibles are often responsible for creating bad highs because people aren’t used to the way they work. They can sometimes take up to two hours to kick in, and a little bit of THC goes a long way. Don’t chow down on a tray of brownies because they’re delicious. Find out how much THC is in each brownie, and eat your desired dose. Many experienced cannabis users don’t exceed 10 mg. Inexperienced or new cannabis users should definitely stay at or below 5 mg.

Although it’s impossible to overdose on pot, that doesn’t mean that pot can be absolved from all wrongdoing. You can still have a bad high. Your chest can ache from smoking or vaping too much weed. It could be that you just don’t like the way a certain strain makes you feel.

If you’re worried about smoking too much, Emjay has plenty of low THC flower and edibles. Edibles at 5 mg or less and strains below 20% THC consumed in very small quantities are usually agreeable for people with lower tolerances and those new to cannabis.

Treat yourself to some gentle weed. We’ll deliver it in 30 minutes.

Previous Are You Ready To Find Marijuana Stocks To Buy In 2022? Check Out These 2 Companies

Next Which Countries Will Likely Legalize Cannabis In 2022? Industry Experts Weigh In. 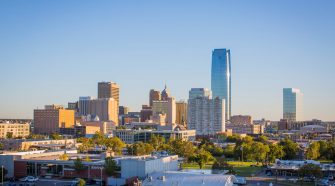 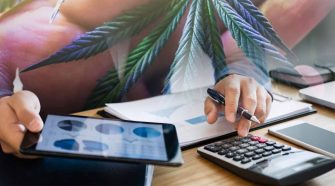 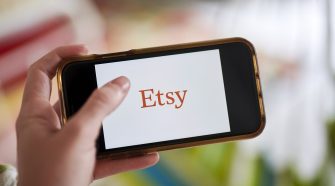 You Can Find Anything on Etsy, Even CBD Products Made by Cannabis-Growing Nuns

This story originally appeared on Benzinga The cannabis growing “nuns,” Sisters of the Valley, are back on ETSY After five years off the platform, being reunited feels so good, the Sisters joke. “When ETSY rudely shut down our store in March of 2016, we thought for sure we were going to go under,” says Sister Kate. RELATED: Holy Smokes! Meet … 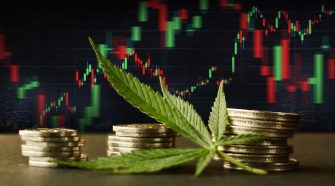 Top Marijuana Stocks To Watch In A Volatile Sector Since the start of February, marijuana stocks have been looking a bit better. At the start of the new year, the sector did see a nice jump to start 2022. Now, this spike was not long-lasting but it gave some hope to the future of investing … 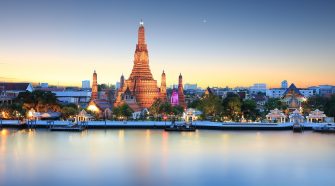 Opinions expressed by Entrepreneur contributors are their own. After Thailand became the first Southeast Asian country to legalize medical cannabis in 2018, this January it became the first in Asia to legally allow marijuana. Under the new regulation, which officially takes action on June 9th, its residents are allowed to cultivate cannabis for personal use. … 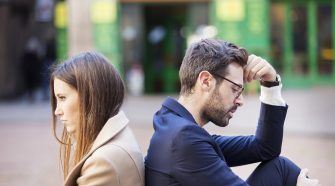