There’s an Uptick In Marijuana-Related Seizures and Arrests, Says DEA. Why?

Drugs that have been illegal since the hippie 1960’s era are now being widely used once again.

Sometimes for recreation, others for healing emotional issues, and oftentimes, for medical use. Psilocybin and LSD in particular have caught the interest of medical professionals because of their powerful healing properties especially for conditions that conventional medication has not had 100% success in treating.

The US Food and Drug Administration has also started to recognize the potential of these drugs: in 2018, they designated certain psychedelic treatments with a “breakthrough therapy” status, which means that it has therapeutic potential. Several renowned medical schools and hospitals around the United States have also opened psychedelic medicine departments which have been entirely devoted to studying the impact of psilocybin and LSD.

Additionally, these drugs have also become more widely available for recreational consumers. More people are getting into the microdosing trend, consuming magic mushrooms and LSD in the comfort of their own home or with friends, out on vacation, or in rituals even if they are still federally illegal.

But how safe are they?

RELATED: What’s in the Future for Cannabis and Psychedelics? Industry Leaders Weigh In.

Magic mushrooms is any of several mushroom species that contain the psilocin or psilocybin compound. Ancient cultures around the world have used magic mushrooms for its hallucinogenic properties. It’s consumed in a variety of ways: dried or fresh, mixed into food and drink, added into capsules, or even eating freshly picked mushrooms.

It is widely used for the treatment of treatment-resistant anxiety and depression, post-traumatic stress disorder, and other types of trauma because of its entheogenic properties. However, when consuming mushrooms, users can feel a range of side effects including nausea, paranoia, and hallucinations though these can still be managed and tolerated depending on the user.

In May 2022, a large international drug survey whose results were published in the Journal of Psychopharmacology showed that magic mushrooms is generally well tolerated. Just 0.2% of users reported that they needed emergency medical care after consuming the drug. The survey used data from the 2017 Global Drug Survey, polling 9,233 people about their drug use and medical treatment. Those who sought treatment reported, in descending order, these side effects: anxiety and panic, paranoia, and seeing or heating things. There were also 37% of people who said that they passed out while 32% said they experienced difficulty breathing, and 26% said they experienced seizures.

Keep in mind that most people who reported they needed emergency medical care said they also mixed substances: many mixed magic mushrooms with either cannabis or alcohol. They also said that having the wrong mindset, not in the correct environment, and mixing substances likely contributed to their negative experiences.

Aside from these, magic mushrooms can be a delightful, euphoric experience and one that anyone can benefit from: small (micro) doses can boost focus and creativity, or add a little more joy into your day if you haven’t set an intention for healing. Recommended starting doses for a microdose begins at 0.5 grams to 1 gram, and macro dosing can start at 10 grams depending on your body weight and experience. The trip can last from 4 to 8 hours long.

It’s also important to remember that the set and setting are incredibly important to the success of your experience; for those who are interested in the medical properties of mushrooms, look for psychedelic-assisted psychotherapy offered in or near your area.

RELATED: The FDA to Begin Studies on Magic Mushrooms, a First For the Agency

LSD (lysergic acid diethylamide) is another extremely popular hallucinogenic drug. Unlike magic mushrooms which come from directly from nature, LSD is a chemical though it is derived from a fungus known as ergot. It can also be synthetically produced in a laboratory.

Also known by the names acid, lucy, or dots, LSD is widely used for recreation as well as medicine. It can produce energetic, uplifting, and happy moods but its side effects can also include anxiety, confusion, flashbacks, and overwhelm.

Acid is consumed by placing a “tab” in one’s mouth, though these are not actually tablets: it’s a blotter paper that is absorbed when placed on the tongue. There are other forms of consuming it: acid is also available as a clear liquid that can be placed in the tongue. The effects of acid can last anywhere from 5 to 12 hours depending on one’s tolerance and how much you take. A microdose is usually 5 micrograms, though seasoned trippers can take 10 to 20 micrograms for a stronger trip.

The state of mind one is in can strongly influence how good or bad your LSD trip will be. When you’re depressed or anxious when you take LSD, this can result in a severely negative experience, making the world and life in general feel painful and scary. Sometimes, the negative emotions can be so overwhelming that people who are not in the right state of mind can even be prone to self-harm during a bad LSD trip.

Consuming LSD is low or microdoses is usually well tolerated though severe physical side effects can manifest when one takes too much or mixes with other substances. These include seizures, dry mouth, tremors, loss of appetite, and nausea.

Before you self-medicate with any of these popular psychedelics, be sure to plan ahead. There are certain things you should think about, and be sure that you are using only good-quality drugs that have not been cut with other substances.

Plan for your trip and be around experienced friends. It’s always recommended to use these drugs while in the right state of mind, though you can also engage in healing modalities under the guidance of a professional. 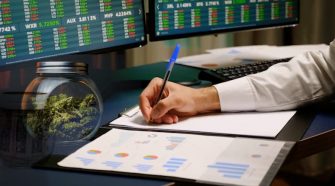 The Best Marijuana Stocks To Buy The First Week Of September? Most marijuana stocks have seen an increase in volatile action over the last 4 weeks. Back in August, there were days of better trading that led to more positive speculation on what future trading may look like. With the sector oftentimes showing a lack … 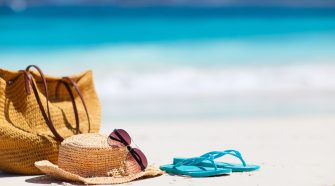 Weed Tourism Is On the Rise For 2022 and Beyond

Global weed tourism is at full throttle and can only improve from this point thanks to lowered travel restrictions, the development of COVID-19 vaccines, and, most importantly, the implementation of better cannabis policies in some countries across the globe. Shutterstock The COVID-19 pandemic put the global tourism sector on hold. Travel restrictions were put in … 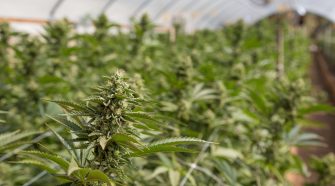 The U.S. cannabis market continues to boom to little surprise, but some experts caution that growth may decline in 2022. Ryland Zweifel | Getty Images With U.S. sales topping $37.4 billion in 2021, according to a Prohibition Partners’ report, most see the new year as another success for pot. Still, regulations on federal and local levels could … 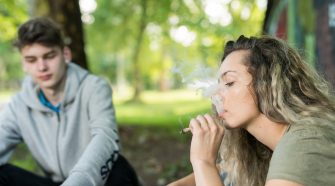 This story originally appeared on Benzinga Does legalization of recreational cannabis increase youth consumption? According to a new research published in the May 26, 2022 online issue of Addiction, yes it does. fotoNino | Shutterstock The new findings contradict so many prior studies, including a report issued in March by the Coalition for Cannabis Policy, … 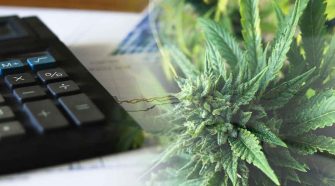 Will These Marijuana Stocks See A Recovery In The Near Future When it comes to investing in marijuana stocks in 2022 the market is a bit different. Currently, marijuana stocks are seeing increased volatile trading leading to longer downtrends. Now this pattern of trading for marijuana stocks can be seen as positive and negative. To … 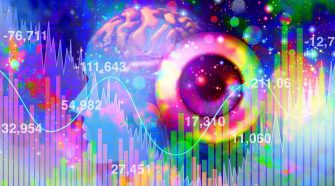