How Cannabis Has Been Used in Times of War

This year, has been tough for cannabis stocks, with the Cannabis ETF tanking more than 44%. Investors were pretty hopeful of a federal reform soon. However, President Biden, unfortunately, didn’t follow through with his campaign oath to decriminalize cannabis. In fact, lawmakers disapproved of a law that would permit marijuana companies to access the banking system in the country.

But things aren’t that gloomy for the cannabis industry heading into next year. Let’s admit that both parties have already wished for a legislation to legalize marijuana. In reality, almost two-thirds of Americans want marijuana to be legal, per a recent Gallup poll, citing a business insider article. Additionally, Pew Research Center’s study showed that a staggering 91% of adults in the United States favor legalizing cannabis, as mentioned in a route-fifty article.

Thus, investors can expect cannabis legalization to happen sooner than later. Chuck Schumer, the Senate majority leader, is already leading the reform efforts. He is determined to pass a comprehensive cannabis legalization bill, not a smaller bill like the SAFE Banking Act. What’s more, Canadians have also started to bet on U.S. cannabis legalization. Some of the major Canadian cannabis companies have decided to acquire a stake in their U.S. counterparts if, or when, marijuana gets legalized federally in the United States. In fact, these companies are now willing to venture into the U.S. market as their scope for growth in the Canadian market is limited, thanks to cannabis being already legal in their country.

In the United States, nonetheless, 18 states have already legalized the recreational use of marijuana, while 36 states have legalized it for medical purposes. In recent times, many lenders are also increasingly confident about the cannabis companies’ financial stability and are now willing to offer them better deals, a tell-tale sign that a banking reform on marijuana is in the cards. To top it, the broader cannabis industry is widely projected to expand in the near future. To put things into perspective, analysts from investment bank Cowen expect the marijuana industry to touch $100 billion in market value by 2030, quoting the business insider article.

With the cannabis industry positioned to expand and legalization of marijuana in the cards, stocks like Cronos Group CRON, Canopy Growth CGC, and Innovative Industrial Properties, Inc. IIPR are sure to benefit.

Cronos engages in the investment in firms that are licensed to produce and sell medical marijuana. This Canadian company is expected to acquire a stake in PharmaCann once cannabis gets legalized in the United States. Cronos’ shares, by the way, are down this year but its expected earnings growth rate for the next year is a solid 38%. The Zacks Consensus Estimate for its next-year earnings has moved up 8.8% over the past 60 days.

In addition to the investment ideas discussed above, would you like to know about our 10 top picks for the entirety of 2022?

From inception in 2012 through November, the Zacks Top 10 Stocks gained an impressive +962.5% versus the S&P 500’s +329.4%. Now our Director of Research is combing through 4,000 companies covered by the Zacks Rank to handpick the best 10 tickers to buy and hold. Don’t miss your chance to get in on these stocks when they’re released on January 3.

Previous Will These Marijuana Stocks Be On Your New Year’s Watchlist?

Planning a Winter Getaway in the California Mountains? Make a Stop at These Top Pot Shops

What Stocks To Buy Today? 2 Marijuana Stocks To Watch 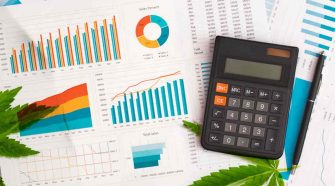 Investing In Marijuana Penny Stocks As Volatility Continues To close the week some top marijuana stocks began to see an upside in the market. As the S&P pushed back over 4000 many cannabis stocks to watch began to see percentage gains. One area that seems to have gained the most is marijuana penny stocks. In … 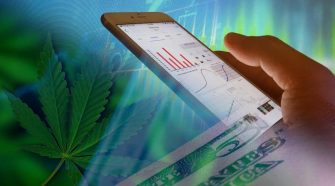 Best Marijuana ETFs To Buy Before 2022? 3 For Your New Year’s Watchlist

Investing In The Cannabis Sector Right Now Are you looking for the best marijuana stocks to invest in for 2022? In December the cannabis sector has declined to some of the lowest market value seen in 2021. This is mostly due to the delays with federal cannabis reform and the Senate’s inability to pass any … 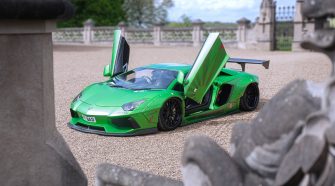 The cannabis industry continues to attract big players even from other sectors, and the luxury market is certainly one of them. Tonino Lamborghini, a luxury goods brand, has just signed a license agreement with Flora Growth Corp. The two plan a joint venture for CBD-infused drinks to be sold in Colombia and North America by … 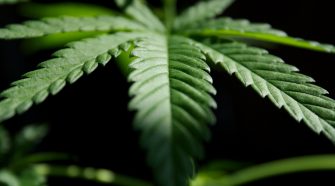 This story originally appeared on Benzinga Kevin Allen is currently serving a life sentence without the possibility of parole in Louisiana after he was convicted for selling $20 worth of cannabis. robotboot | Getty Images Allen is one of more than 15.7 million Americans arrested for cannabis offenses over the last 20 years.  What happened The Last Prisoner Project, a nonprofit … 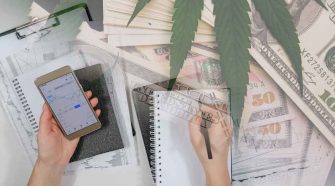 Top Marijuana Stocks That Deserve More Attention In 2022 Marijuana stocks are starting to see better trading. In the last week or so news about the cannabis banking amendment has caused some momentum. Yet prior to this the start of 2022 wasn’t all that bad. Well for some it’s been more of the game of … 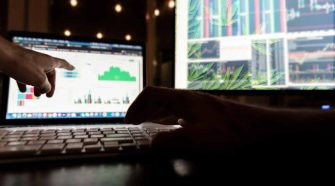