Why Your Doctor Probably Won’t Prescribe Weed Instead of Painkillers

Ayurveda is an ancient medical system originating in India, dating back to over 3,000 years ago.

At the very core of Ayurveda, the treatments and lifestyle recommended are meant to promote good health while preventing illness. Some of the practices that are recommended in Ayurveda include using herbal remedies, massages, yoga, meditation, and following the specified diet.

Additionally, Ayurveda sees the 5 elements of nature which are water, fire, air, space, and earth combine in the human body as doshas, or components. These doshas are the pitta, vatta, or kapha, all of which relate to the elements of nature. Ayurveda states that for optimum mental and physical health, all the doshas should be well balanced.

In India, Ayurveda is the most widely accepted type of medical care the way we accept western medicine here. Professional ayurvedic practitioners should undergo institutionalized training in order to be able to practice.

Many westerners look to Ayurveda to counter illness and even as a substitute for western medicine as a whole. Just like naturopathy, homeopathy, and other more eastern-types of medical systems, Ayurveda has many benefits for those who want to veer away from conventional pharmaceuticals and the western medical system – which has failed many.

RELATED: 5 Drivers Of The Correlated Growth Of Cannabis, Herbal Medicine

The uses of cannabis in ancient Indian medical texts has been traced to thousands of years ago, as it was written about in the Atharva veda, the traditional sacred literature that is part of the Vedas, stating that it’s one of the earth’s 5 sacred plants together with soma, sugar, darhbha grass, and barley. There are also certain ayurvedic names that refer to cannabis which are Vijaya for one, meaning, one who conquers; the other is siddhi, which means achievement and subtle power.

It wasn’t until the Middle Ages that cannabis was mentioned in ayurvedic texts where it was referred to as Bhang (leaves of female and male marijuana plants, and a name for hemp), charas (plant resin), and ganja (flowering tops of the female plant), among others.

Ganja is more widely used to refer to marijuana plant parts and in some Indian regions, they use Bhang to refer to a drink made out of cannabis.

RELATED: 3 Key Supplement and Wellness Trends to Watch in 2022

Since all the philosophies and treatments in Ayurveda are intended to balance the body while promoting wellness, it isn’t surprising that they don’t encourage long-term use of cannabis. They believe that doing so will dry up the body; ironically, they also think that long-term use will cause anxiety, depression, reduction in testosterone and infertility in men.

However, they do promote moderate use which they believe will warm the body, stimulate the nervous system, sedate, and act as an aphrodisiac. According to Ayurveda, the properties of the plant are heat-producing, penetrating (quickly spreads around the body), sharp, pungent, and light.

When making medicine out of cannabis, they use the flowers, resin, seeds, and leaves. Bhang made from leaf powder is usually given at a dose of 125 to 250 mg, for ganja 50 to 125 mg, and resin, 30 mg. They believe that the resin and the flowers are a powerful narcotic that has many spiritual and physical benefits.

The benefits of cannabis in their medical text is covered in multiple ways:

These are just some of the many recommended uses of cannabis in Ayurveda.

It’s also interesting to note that preparing marijuana requires purification first. In many cases they boil it first in Acacia arabica, a decoction known as Babbula. Other detoxification methods involve mixing cannabis in milk.

They also understand that it has spiritual properties as there are some scriptures indicating that it was cultivated and prepared for spiritual use. It was also a valuable plant for Lord Shiva, the god of transformation. There are no mentions in ayurvedic scriptures where it’s used for recreational purposes or intoxication though many people in North India as well as Nepal use it regularly these days for recreation and as part of religious rituals.

Previous The 3 Best Marijuana Stocks To Watch This Week?

Next How to Curb the Cough When Smoking Weed

The Industry's Next Big Hurdle

What you need to know about the global cannabis trade. Source link 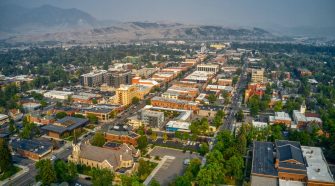 Eager cannabis buyers in Montana braved freezing, snowy weather on Saturday to celebrate the new year by waiting in line for the launch of adult-use sales. And thankfully, despite previous concerns about supply at legal cannabis stores, dispensaries were able to meet demand. Marijuana shops in half of Montana’s 56 counties, consisting of more than … 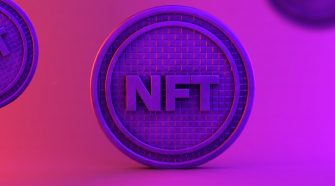 South Park did a wonderful bit about NFTs where Butters – aka Victor Chaos – was a force that was needed to keep under lock lest the whole world devolved into chaos! The episode known as “Post Covid II” illustrated the fickle nature of NFTs and how most people who are involved with the buying … 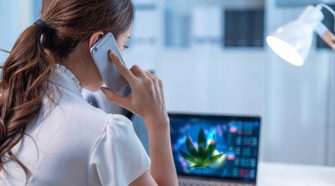 Investing In The Cannabis Market In 2022 As the market begins to rally are you looking for top marijuana stocks to invest in for 2022? This year the cannabis sector rallied in the first quarter because investors believed federal cannabis reform would be reached in 2021. Now as we close out the year most top … 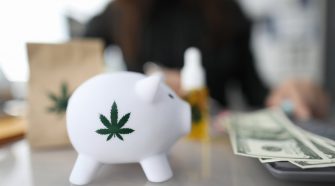 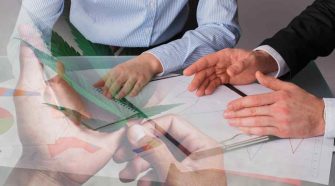