NYC Authorities Tow a Bunch of Weed Trucks, But Not For Selling Weed

With cannabis legalization becoming more popular across America, legal cannabis has become a vital aspect of American culture. The multibillion-dollar sector is now being talked about in politics, while consumers now see increased marketing strategies from marijuana brands.

It is said that the next big stage for marketing cannabis-based products is professional sports sponsorships and that couldn’t be more right. It makes total sense that athletes will be the face of cannabis brands and industry-focused on mental health and pain management. However, there are obstacles distinct to the strictly regulated marijuana market coupled with the heavy legality proposals of sponsorship deals. This makes it a very long road to achieving this feat.

The following are some of the vital considerations for CBD and cannabis brands hoping for a sports sponsorship future.

Several leagues have already embraced cannabis and struck sponsorship desks with various CBD brands. The entire four-pillar sports in the United States — the Major League Baseball, National Basketball Association, National Football League, and National Hockey League — have all received their rules and testing procedures as regards athletes and marijuana. In 2019, an agreement was reached between the players’ union and NFL to research the benefits of cannabis in pain management.

After several research, the NFL concluded in 2020 that players won’t be suspended for testing positive for cannabis. The limit of allowable THC levels for positive tests was also increased that same year. In fact, stars like Al Harrington, an ex Denver Nuggets, and Rob Gronkowski have had their names attached to CBD and cannabis brands in retirement.

After a huge loss in profits because of the Covid pandemic, the top four sports leagues are contemplating creating a new sponsorship section via CBD and cannabis. Extra pressure to create this sponsorship section might also come from the athletes who seek alternative medication for anxiety and pain. Player pressure has been known to move things in the sports leagues and these leagues’ acceptance of marijuana products can also be one of them.

With this development, it means that cannabis and cannabis-related products will face less stigma. But this also reflects the constant limitations that made it tough for cannabis businesses to run like other firms. Even though the NBA, NFL, MLB, and NHL have all relaxed on players’ use of cannabis substances, they have not accepted CBD sponsorships as other leagues have. Presently, the leagues still won’t allow players to get cannabis or CBD sponsorship deals as individuals.

Stringent advertising rules, lack of FDA approval, piecemeal state legalization, and enduring federal ban are the biggest barriers the cannabis industry faces. While the top four leagues are not held to the WADA code, cannabis endorsements or sponsorship of Olympic athletes or sports won’t happen anytime soon. Even though WADA banned in-competition cannabis use, it is now evaluating a scientific study of cannabis status in 2022. This surely indicates that there may be more softening to come in the future.

Aside from the issues particular to sports sponsorships regularly, cannabis firms still have a lot to evaluate when looking for sponsorship deals.

RELATED: The Most Conservative Sport Has the Most Weed-Smoking Fans

As regards the issue of threshold, if sports leagues are to allow marijuana sponsorship in the future, they are most probably waiting for federal approval. And above all, waiting for FDA approval for cannabis and CBD products. FDA has chosen not to allow firms to advertise CBD as dietary supplements. Meanwhile, standard guidelines may be a long time away as scientific and medical materialize either in support or against cannabis health claims. As it stands firms and their representatives cannot specify the health benefits of cannabis without t t FDA approval.

On the other hand, cannabis is still categorized as a schedule 1 drug and for a very long time has been listed among anti-doping bands for most leagues. However, as mentioned earlier, it seems the perspective about cannabis is now beginning to change to a positive one. While the public perspective change is positive, cannabis taxes are very high and advertising rules are very strict but they vary from market to market.

When cannabis was legalized in Connecticut last year, William Tong, the state’s Attorney general ran a billboard advert on Massachusetts dispensaries. However, the advert was removed with authorities citing reasons like a violation of cannabis marketing restrictions within the state. National cannabis marketing is now generally challenging considering the constant web of conflicting and intersecting state regulations.

Clearly, cannabis marketing on game day and the exposure of many athletes at the national level in the big four leagues will surely turn the tide. If this happens, possible integration of various sets, advertising rules, and multiple jurisdictions could transpire. But, even if policy decisions allow such sponsorship deals in the marijuana space, it remains ambiguous how and if cannabis sponsors will be able to navigate local broadcasting rights.

In addition to this, a variety of business and legal issues associated with ain’t sports sponsorship deals will most likely take another pattern as regards CBD and cannabis. From a commercial point of view, a vital issue in any sponsorship deal is whether or not a sponsor will earn exclusive rights in a section.

Hence, sponsors must make a careful analysis of how a league may have diced and sliced such a section. Without a careful understanding of how a section is defined, any oversight could result in sharing branding space with unpleasant neighbors.

If the sports leagues should eventually approve cannabis sponsorship deals, we should expect to witness regulations mandating strict compliance to obligations. And this will especially be on the sponsor’s part. This sort of regulation is constantly in use in industries like sports betting, casino, and/or gambling. So it won’t be surprising if such an approach is employed for cannabis sponsorship deals in the sports league.

Previous Are Young People More Likely to Try Cannabis In States Where It's Legal?

Next Why Your Doctor Probably Won't Prescribe Weed Instead of Painkillers 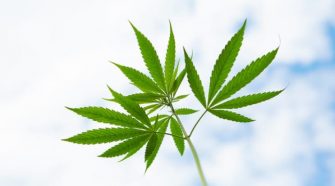 3 Marijuana Stocks To Watch As The New Approaches During this past week, marijuana stocks saw more red days than green. In all fairness, marijuana stocks are looking a bit better than this time last year. Which has to do with a combination of a few things. First is the push to enact federal reform … 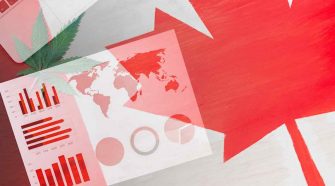 Are Canadian Pot Stocks A Buy In 2022? Are September’s top marijuana stocks a good investment? There are several possible drivers for leading cannabis companies right now. In the coming months, a number of cannabis reform legislation in Congress may gain support. If that’s the case, it might act as a trigger for the best … 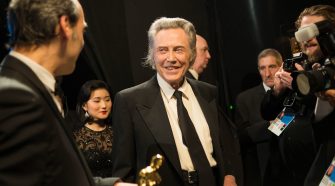 In a recent interview with the NY Times, famous American actor Christopher Walken revealed that he is an avid user of marijuana. Eric McCandless | Getty Images Walken, Oscar winner and best known for his work on films such as “The Dead Zone” (1983), “Sleepy Hollow” (1999), “Pulp Fiction” (1994), “Click” (2006), and “Seven Psychopaths” …

For the cannabis industry, the transition from the veiled and often intimidating world of medical dispensaries into a more modern, hip and customer-friendly format is helping to fuel exponential growth and remove the stigmas that continue to hold back the market. According to a recent report from New Frontier Data, the legal cannabis industry in the … 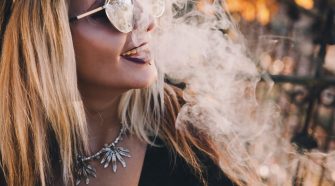 More Than Half of Americans Say Cannabis Positively Impacts Society 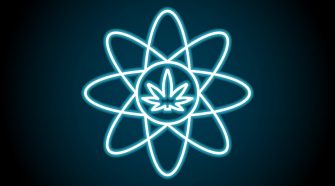