Can CBD Use Cause Weight Gain?

A number of marijuana bills are heading up to California Governor Gavin Newsom’s desk. One of the measures includes ensuring that medical marijuana patients in the Golden State have access to delivery services.

Medical marijuana delivery on its way to governor’s desk

Sen. Scott Wiener’s legislation, SB 1186, would prohibit localities from banning medical cannabis deliveries in their areas—a move that advocates say will both improve patient access and help fill voids throughout the state, in places where cannabis licenses have been authorized, reported Marijuana Moment.

“With over 300 California cities banning any and all sales of cannabis, millions of Californians are effectively blocked from purchasing legal medical cannabis,” Wiener said in a press release. “We must ensure everyone who needs access to medical cannabis has access—that includes seniors, people living with cancer, HIV, and other chronic or life-threatening illnesses.”

“Otherwise, people have to turn to the illicit market, which creates safety risks and undermines the regulated, legal market. This is not an acceptable situation, which is why we need to ensure that everyone can access medical cannabis delivery,” Wiener concluded.

Among the other measures awaiting Gov. Newsom’s signature is the legislation that would provide job protections for people who use cannabis outside of work. The proposed bill, passing through both houses of the legislature, would prohibit people from losing their jobs for smoking marijuana outside of work. Specifically, it would prohibit companies from punishing those who fail a certain type of drug test.

“Assembly Bill 2188, passed Tuesday by the state Senate, would amend the state’s anti-discrimination laws and the Fair Employment and Housing Act to prevent companies from punishing employees who use cannabis outside work and test positive for the drug,” reported Los Angeles Times.

Newsom has until the end of September to decide whether to sign it into law. If signed, the law would take effect on Jan. 1, 2024, and California would become the seventh state in the United States to protect employees who smoke marijuana off the clock.

Among the bills approved by the California Senate is also the Safe Drug Consumption Sites Bill as well. The measure would authorize safe sites for the consumption of illicit drugs, through certain jurisdictions in California, as part of a pilot program.

RELATED: What Veterinarians Really Think About CBD For Pets

Measure that allows vets to recommend cannabis to pets

Moreover, another bill is waiting for the signature of Gov. Gavin Newsom. AB 1885, authored by Assemblymember Ash Kalra, would “allow veterinarians to recommend the use of cannabis on an animal patient for potential therapeutic effect or health supplementation purposes and requires the Veterinary Medical Board to adopt guidelines for veterinarians to follow in recommending the use of cannabis-derived products on an animal within the veterinarian-client-patient relationship,” reads the Assembly Bill.

California Senate-Passed AB 1885 on Monday, which also requires the state’s Veterinary Medical Board to set guidelines for state-licensed veterinarians to follow in recommending the use of cannabis products.

“While the experience of many veterinarians and anecdotal reports from pet owners support a variety of therapeutic applications of cannabis for animal use, because of the lack of clear authorization under existing law, many pet owners are currently engaging without clear recommendations or guidance from their veterinarians,” stated the legislation.

The passage of AB 1885 comes after the bill AB 2215 in 2018 allowed veterinarians to discuss the use of cannabis in animals. However, the previous measure was not clear enough in preventing possible disciplinary action for recommending cannabis. “Following Assembly Bill 2215’s passage in California in 2018, veterinarians were allowed to discuss cannabis with clients, but not recommend it,” said Dr. Tim Shu, founder, and CEO of VETCBD.

Is CBD efficient for pet’s health?

In 2018, Cornell University researchers found that a CBD-based product was safe and efficacious for pain in dogs with arthritis and geriatric patients, among other studies. “2 mg/kg of CBD twice daily can help increase comfort and activity in dogs with osteoarthritis,” reads the study.

“There hasn’t been a lot of medical research but it’s been effective [for pets] from personal experience,” Jen Seo, director of marketing and partnership at Nabis LLC, a cannabis distributor in California, told to MarketWatch. “I can see why people have concerns about it because of the lack of research, but when you get credible veterinarians and doctors advocating for it and supporting it, it further legitimizes the use of cannabis for pets.”

Moreover, the American Pet Products Association estimated that people in the U.S. spent about $124 billion on their pets in 2021 and $104 billion in 2020.

Previous 2 Marijuana Stocks To Buy To Start The Week?

Next Budtender turnover Is a Problem in the Cannabis Industry. Here's How to Fix it.

How May People In the EU Support Marijuana Legalization? The Answer May Surprise You.

What Do You Do With Five Hundred Tons of Surplus Weed? Destroy It, Says Canada. 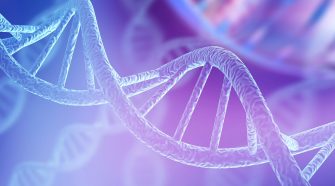 The use of psychedelic therapy, either under the guidance of a medical professional or on your own, is rising dramatically in popularity. Shutterstock Psychedelics, especially psilocybin mushrooms, mescaline, MDMA, and LSD, have been promising in the field of mental health: they have shown to be successful in reducing the symptoms of mental health disorders, even … 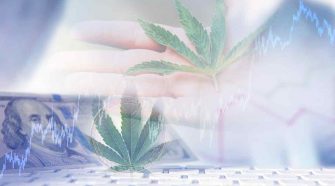 Are You Trading These Marijuana Stocks? Right now marinara stock investors want to see more going on in the sector. At this point the volatile behavior from a standstill with federal reform is evident. Still, what is the answer that will get the sector to see better all-around trading? Well to start back in 2021 … 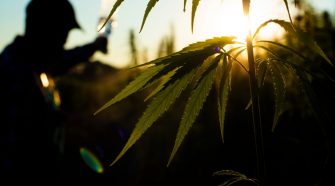 This story originally appeared on Benzinga Veterans can use medical marijuana without losing their eligibility for care and services, according to the Department of Veterans Affairs, reported KVIA.com. Shutterstock In a post on the department’s website, the VA clarified that although marijuana use is still considered federally illegal, “Veteran participation in state marijuana programs does not affect eligibility for VA … 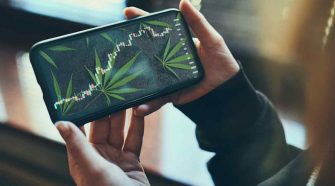 Top Cannabis Stocks To Watch Before Q2 2022 As the market continues to show a downtrend in the market are you looking for marijuana stocks to buy in 2022? Many investors are currently looking for ways to capitalize on this downtrend. One area that’s been severely impacted by current trading in 2022 is Canadian cannabis … 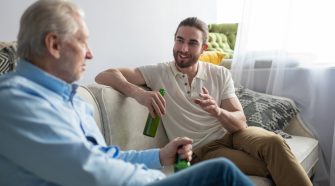 Communication across generational lines always comes with challenges. For clued-up millennials and Gen Xers, cannabis has become a part of the cultural and therapeutic landscape. For many baby boomers, however, cannabis use is marred by stigma. It’s not exactly surprising–cannabis has (unjustly) had a bad rap for a long time.  In the early 20th century, cannabis … 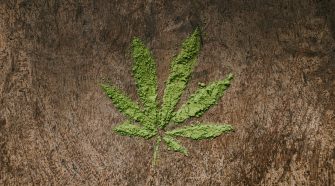